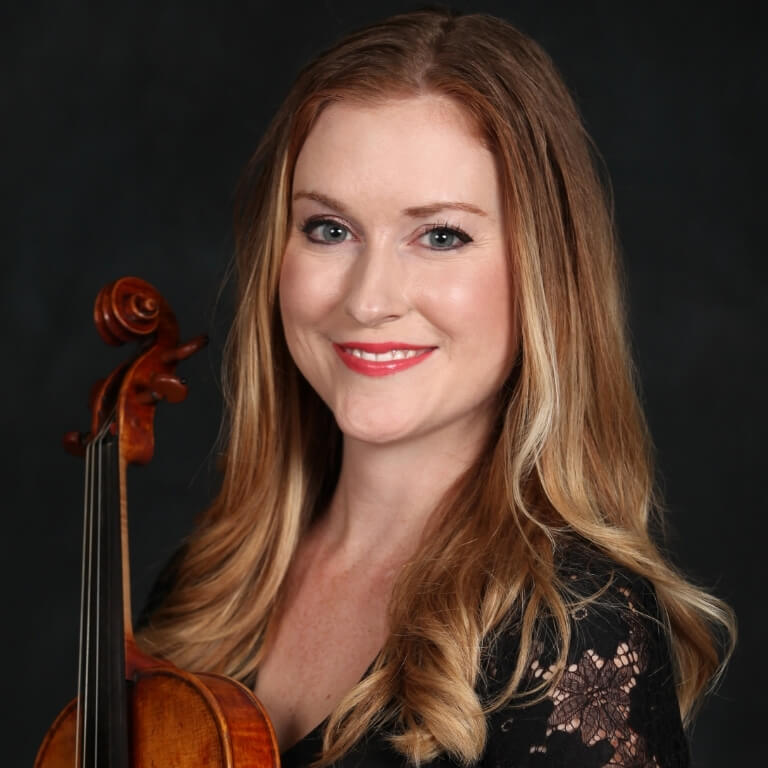 Member since: 2017
Hometown: Oberlin, OH
Hobbies: When she is not practicing or performing, Sarah enjoys cooking, hiking, traveling, and playing with her two cats and dog

“One has to accept that to be human is to be fallible, and then do the best one can and be captured by the music.” -György Sebök

Sarah Arnold holds performance degrees from Rice University Shepherd School of Music and Yale University. She began studying the violin at the age of four and gave her debut performance at the age of eight as soloist with the Akron Symphony. She has appeared as soloist with the Cleveland Pops Orchestra, the Toledo Symphony, and the Southeastern Ohio Symphony Orchestra. Sarah served as concertmaster under Lorin Maazel at the Castleton Music Festival in 2012 and toured to Oman with the Castleton Festival Orchestra performing “La Boheme.” Sarah has studied with Marilyn McDonald, Paul Kantor, Kathleen Winkler, and Ani Kavafian.

Sarah is also an avid chamber musician and has played in a piano quintet with Lincoln Center Stage in partnership with Holland America cruise line since 2016. With her quintet, she has toured extensively throughout Alaska and throughout the Mediterranean and Baltic Seas. She plays a 2002 violin by American maker Charles Rufino under generous loan from the Maestro Foundation.