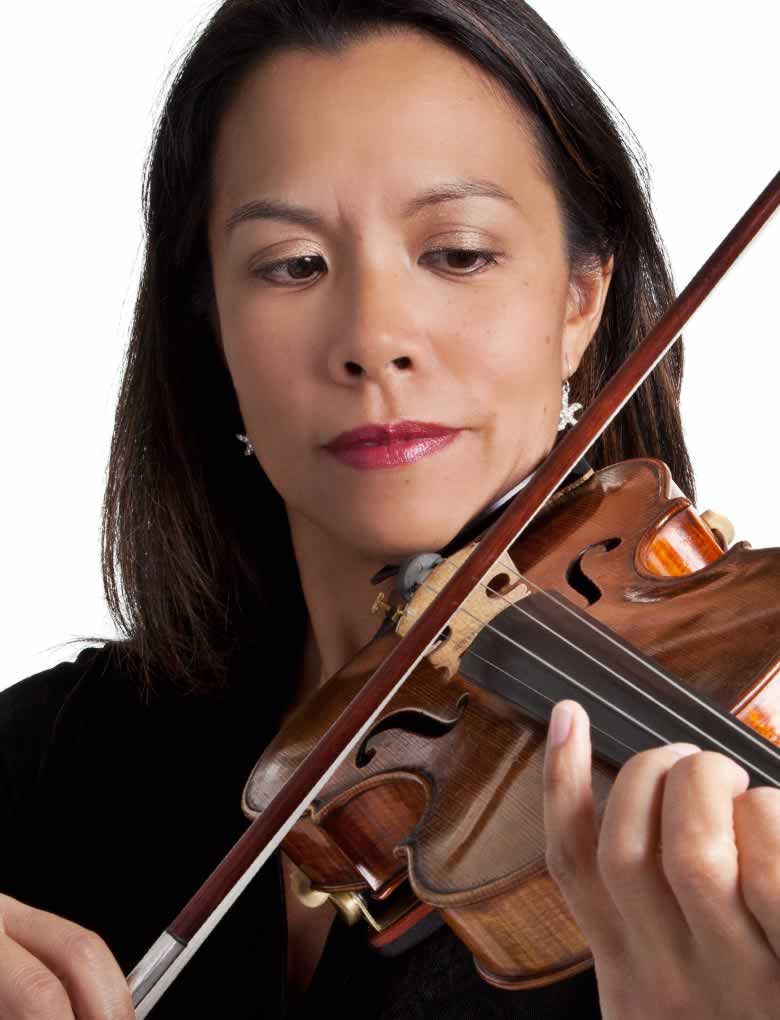 Member since: 2006
Hometown: Skokie, IL
Music that speaks to me: Jazz and Classical music

I love being part of a larger group that works together as one to create music. I have loved orchestral music since I was young and spent countless hours listening to recordings. As a member of the Philharmonic, I have a chance to perform many great masterworks and modern compositions. I feel that I have a mission to spread my deep love of this art with our community.

Annabelle Gardiner was appointed as Associate Concertmaster in September of 2017 and served as Assistant Concertmaster from 2010 until 2017. Originally from Chicago, Illinois, she received her Bachelor’s degree and Master’s degree in Music Performance from the Eastman School of Music in Rochester, NY. While at Eastman, she studied violin with Zvi Zeitlin and Oleh Krysa, and chamber music with members of the Cleveland Quartet.

Abroad, Annabelle has performed with her husband, cellist Ronald Gardiner, in the Philippines, Malaysia, Switzerland, and Germany. Locally, she also performs with the Florida Orchestra, Opera Tampa, and is an active chamber musician in Central Florida.

In addition to her orchestral career, Annabelle has extensive performing experience ranging from Broadway musicals and pop/rock concerts to 20th-century music. She has appeared with Carrie Underwood, Rascal Flatts, Manheim Steamroller, Arturo Sandoval, Mel Torme, Itzhak Perlman, Renee Flemming, and many others.

Annabelle is currently an Associate Professor of Music at Southeastern University in Lakeland, FL. This summer she will teach at the MasterWorks Festival as part of the String Intensive Study Program.