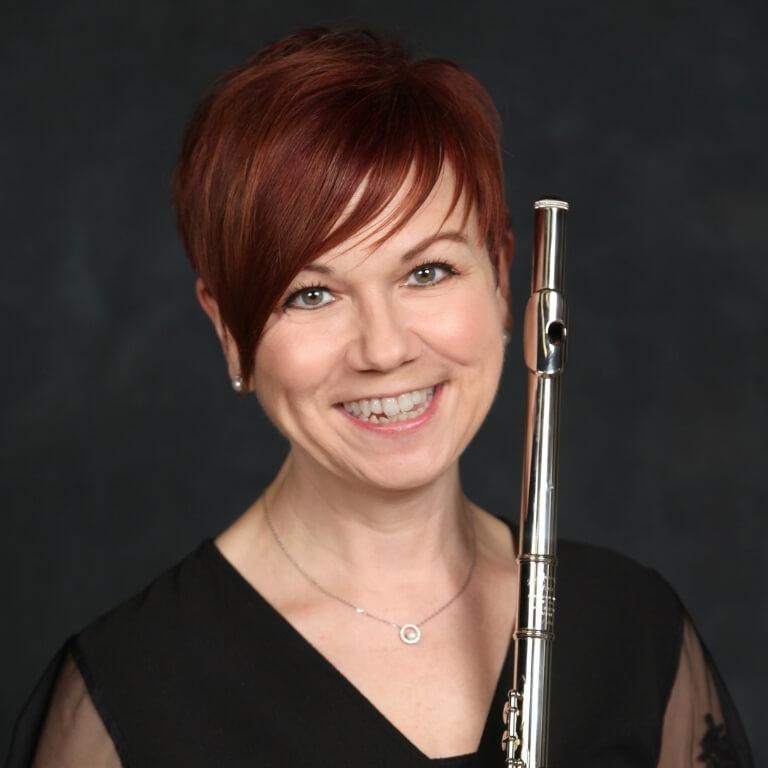 Member since: 2005
Hometown: Burke, NY
Hobbies/Interests: I enjoy reading, baking, teaching, and running.
What I love most about music is its ability to express and evoke so many different emotions. It truly is a universal language, something to which everyone can relate, and I can’t imagine my life without it.

Colleen Blagov joined the Orlando Philharmonic Orchestra in 2005 as Second Flute/Piccolo and was named Principal Flute in January of 2008; prior to her appointment with the OPO, Colleen was Principal Flute with the Savannah Symphony for five years until the orchestra’s unfortunate disbandment in 2003. Colleen has also held the Second Flute/Piccolo positions with the Columbus (OH) Symphony, the Louisville Orchestra, and the Charleston Symphony Orchestra. She has been a featured soloist and chamber musician in Orlando, Columbus, Savannah, Colorado, and Hilton Head and was a three-time winner of the National Flute Association’s Orchestral Competition.

Colleen has performed with the Detroit Symphony Orchestra, the Sarasota Orchestra, and the St. Petersburg Opera Company. She is an active music educator, maintaining a private teaching studio and serving on the music faculty of Florida Southern College as adjunct Professor of Flute.

Colleen received her Bachelor of Music degree in Flute Performance from Ithaca College, where she studied with Dr. Wendy Mehne; she continued her studies at the Cleveland Institute of Music under the tutelage of Joshua Smith (Principal Flute, the Cleveland Orchestra) and was awarded the Professional Studies Diploma in 1995.