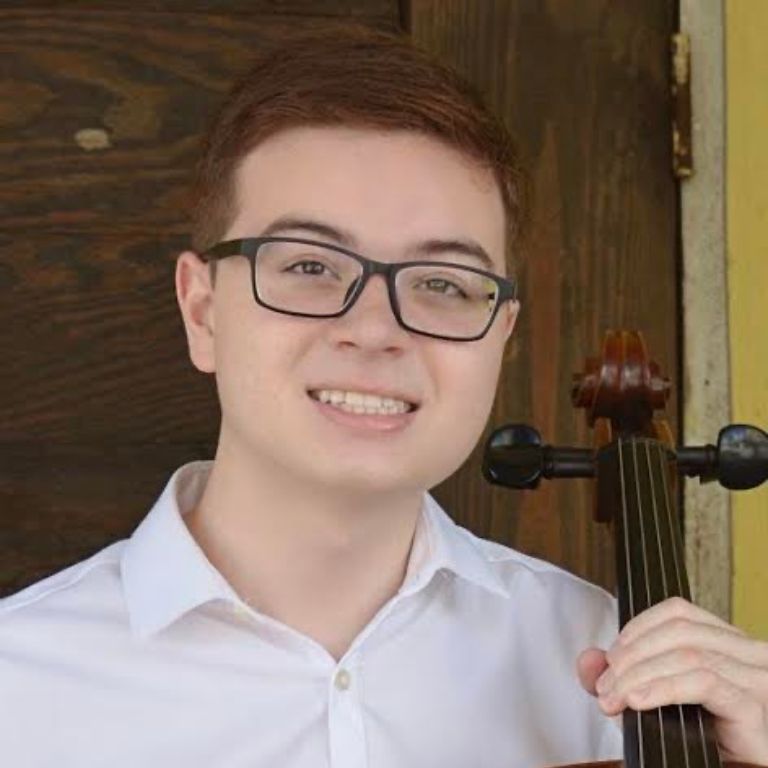 Isaac Moorman was named Assistant Principal Cellist for the Orlando Philharmonic Orchestra in May 2022.  He also performs as Principal Cellist with the Space Coast Symphony and the Riverside Chamber Orchestra.  He has twice performed as a soloist with the Space Coast Symphony Orchestra, as well as with the Melbourne Municipal Band and the Central Florida Winds. Isaac has given solo performances at Carnegie Hall and the Kennedy Center and in 2019, he received 1st prize in Brevard’s “Got Music” Talent Competition in Melbourne, Florida.

Isaac performed in masterclasses for artists including Richard Aaron, David Ying, Helga Winold, Kim Patterson, Yibing Chu, and Gary Hoffman. He has attended the Eastman Summer Cello Workshop, the Miami Music Festival, the Cincinnati Young Artists Summer Academy, the UF International Piano Festival, the Washington Piano International Festival, the Brevard Chamber Music Seminar, the Aria Summer International Music Academy, and the Green Mountain Chamber Music Festival. Isaac was also accepted to the Round Top Festival Institute for cello as well as the Summer Institute at the Brevard Music Center on both cello and piano. During his time at the University of Kentucky, Isaac worked in the piano and cello studios of Dr. Jacob Coleman and Benjamin Karp, respectively.