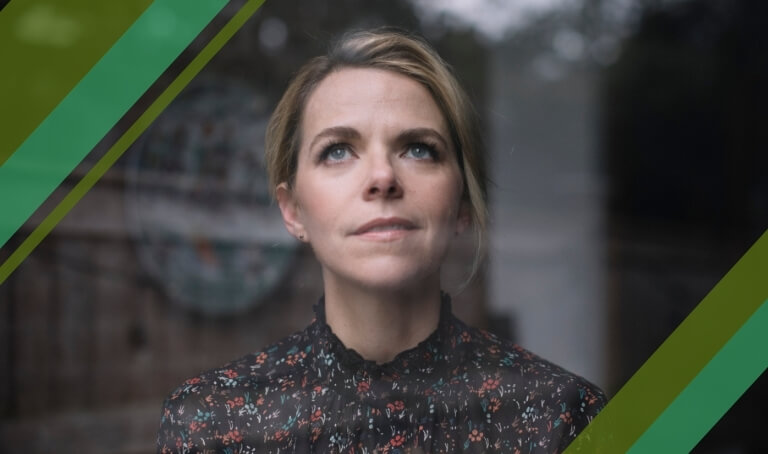 The Orlando Philharmonic Orchestra (OPO) is delighted to return to Orlando’s Festival Park to close out the 2020–2021 Season with An American Celebration, part of the OPO’s Pops Series, on Saturday, May 8. Two performance times at 3:30 and 7:30 p.m. are available to see the program. Music Director Eric Jacobsen will lead the orchestra in a season-ending celebration of America, featuring highlights from Leonard Bernstein’s West Side Story, Aaron Copland’s Hoe-down, and John Philip Sousa’s “The Stars and Stripes Forever”. In addition, internationally acclaimed GRAMMY Award-winning folk singer Aoife O’Donovan takes center stage for the world premiere of her song cycle honoring the anniversary of the passing of the 19th Amendment.

GRAMMY Award-winning artist Aoife O’Donovan is one of the most sought-after singers and songwriters of her generation. March 2020 brought her newest recording, Bull Frogs Croon (and Other Songs), which Paste describes as “captivating” and American Songwriter describes as “a quietly stirring collection…fraught, delicate, and soothing all at once”.

Deemed “a vocalist of unerring instinct” by the New York Times, Aoife has worked with some of the preeminent names in music: from Alison Krauss (who recorded O’Donovan’s song “Lay My Burden Down” for her Grammy-winning album Paper Airplane) to Yo-Yo Ma, Aoife has proven to be a savvy and generous collaborator. Her most recent collaboration is I’m With Her, the band formed with Sara Watkins (Nickel Creek) and Sarah Jarosz. The trio’s debut album See You Around (2018) was hailed as “willfully open-hearted” by NPR Music, while The Guardian called it “ethereal and purposeful.” They received a GRAMMY Award for their original song “Call My Name” in 2020 for Best American Roots Song.

This is the Orlando Philharmonic’s second time performing at Festival Park, after opening the 2020–2021 Pops Series in November with the annual Home for the Holidays concerts. Located in The Milk District, and a short distance from the Orlando Philharmonic’s home at The Plaza Live, the outdoor space allows for ticket holders to be seated at socially distanced tables to view the performance, as well as providing space for local food and merchandise vendors to be explored by attendees.

Strict safety protocols will be enforced on the concert night, to ensure the safety of the patrons, staff, and musicians in attendance. Face masks and temperature checks will be required by all before being allowed admittance into Festival Park. Tables will be socially distanced.

Tickets to An American Celebration are now on sale and can be purchased through the Orlando Philharmonic Orchestra Box Office. General Admission is $45, which includes a table and chair. Two performance times are available at 3:30 and 7:30 p.m.

Special ticket offer: Save $30 or more when you purchase at least 4 General Admission tickets. (No promo code required, discount applied in cart)