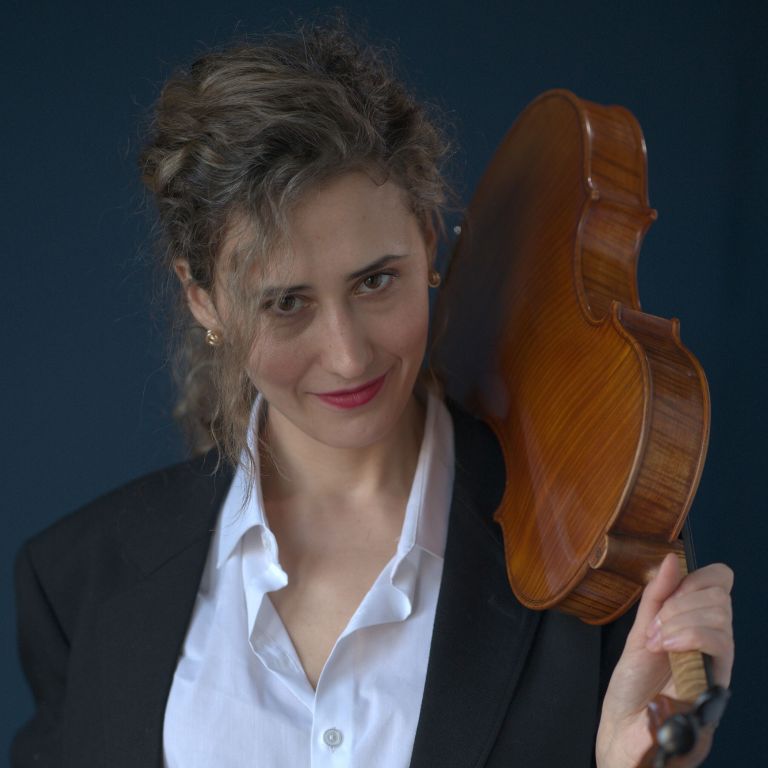 Violist Anna Ivanova began her musical studies on the violin at the age of six. She later received bachelor’s and master’s degrees in music from the Saratov Conservatory in Russia, where he studied with Edward Gavrilenkov, an honored artist of the Russian Federation.  After graduation, now focusing on the viola, she was invited to work with the Syktyvkar Philharmonic String Quartet.  She decided to continue her education in the US and in August 2018, she received her Doctorate degree in viola performance from Louisiana State University where she studied with Dr. Elias Goldstein.

During her studies Anna participated in different festivals, including international events in Finland and Norway, the Marrowstone Music Festival, and the Brevard Music Festival. In 2016 Anna was invited to play with the International Chamber Orchestra of Puerto Rico, and in 2018 she won an associate member position with the Civic Orchestra of Chicago. She has performed solo recitals in different cities both in Russia and the US and has been the winner of national and international competitions.

In addition to recently winning an audition to become a core member of the Orlando Philharmonic, Anna was chosen as a runner up for Palm Beach Opera and plays regularly with other orchestras across Florida including the Punta Gorda Symphony, Atlantic Classical Orchestra, and the South Florida Orchestra. In addition to her performing career, Anna has extensive experience in teaching children and adults. In this capacity she has worked with such organizations as Music Tree Prep School, Kids Orchestra, AWSOM music school, and Jupiter Music Academy.