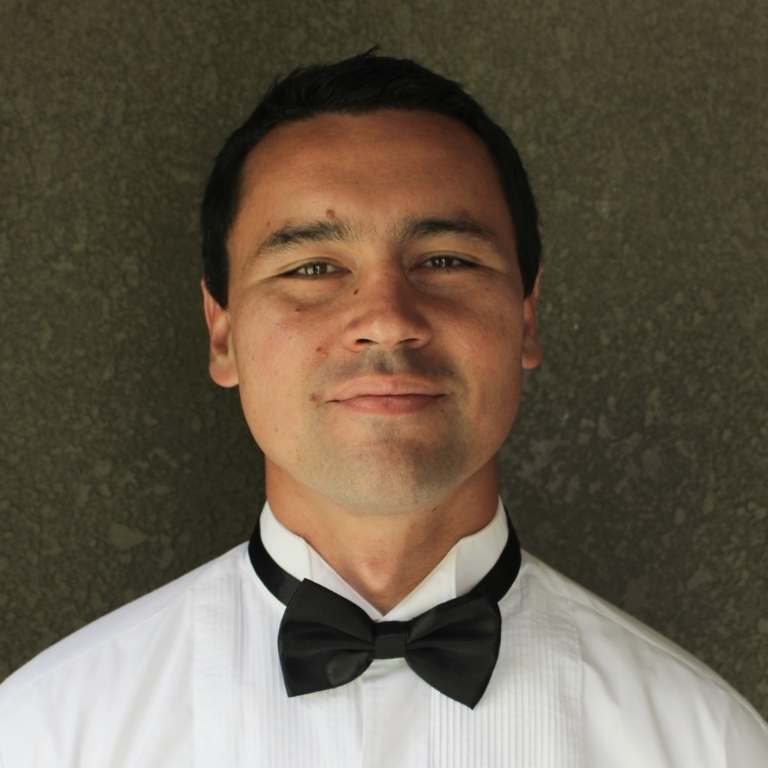 Member Since: 2022
Hometown: Melbourne, FL
Hobbies: Surfing, running, art, anything outdoors and anything with family.

Chris began playing music at age 9. While growing up, he learned various different instruments and played in orchestras, jazz bands, rock bands, and other ensembles. He earned his bachelor’s degree in commercial music from Brigham Young University, where he studied sound engineering, film scoring, songwriting, and jazz. In 2022, Chris earned a master’s degree in music from the University of Central Florida with an emphasis on double bass performance.

Over the years, Chris’s career has taken many twists and turns. He has played as a cellist with the Idaho Falls Symphony, as an in-house pianist at the Salt Lake City International Airport, and as a bassist for various jazz bands, pop bands, singers, and songwriters. He has also worked as a sound engineer, music producer, songwriter, composer, arranger, and luthier.

Chris has performed on stage with artists including David Archuleta, Gladys Knight, and Dallin Bayless. In the recording studio, he has played for artists including Devin Townsend, the progressive rock band Periphery, and several independent singers and songwriters. Today, he can be found playing jazz gigs, producing, composing, leading the children’s singing group at his church, and performing with other ensembles including the Brevard Symphony Orchestra and the Space Coast Symphony.

Surpassing his passion for music, Chris loves being a husband and a father, and currently resides in Orlando, Florida.