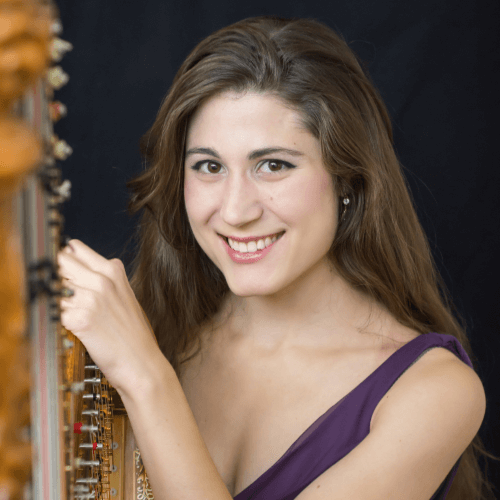 Harpist Haley Rhodeside is an exciting young musician who regularly performs throughout the United States. She joined the Annapolis Symphony Orchestra in the spring of 2016 as Principal Harp, shortly after completing her Master of Music degree at the Yale School of Music as a student of Dr. June Han. Ms. Rhodeside’s playing has won numerous accolades: She was a winner of the Miami Music Festival’s concerto competition, a first prize winner of the Young Artists Harp Competition, and a finalist in the American Harp Society’s national competition, among other awards. She also was awarded the prestigious Performer’s Certificate from Indiana University, where she completed her undergraduate studies as a student of Susann McDonald.

In addition to extensive orchestral, chamber, and solo performances, Ms. Rhodeside enjoys sharing the gift of music through teaching and community engagement. She has volunteered with MusicMDs, a group devoted to sharing music with hospital patients, and with HarpSTART, the USA International Harp Competition’s outreach program. Currently, Ms. Rhodeside serves as the harp instructor at Colorado College and maintains an active private studio. She is also partnering with Rushmore Music Festival to create a summer program for young harpists, to begin in 2020.

Ms. Rhodeside began playing the harp at the age of six, after politely refusing her parents’ offer to provide her with piano lessons and informing them of her instrument of choice. Most of her formative years of harp education were spent in the studio of Jan Jennings. However, it is not her only passion: outside of degrees in music, Ms. Rhodeside also holds a Bachelor of Science in Mathematics. She studied math concurrently with music at Indiana University, following an honors track and graduating magna cum laude. While she did not choose to continue her formal education in the subject, she is fascinated by the deep and beautiful connections between math and music, which she is still continuing to discover.