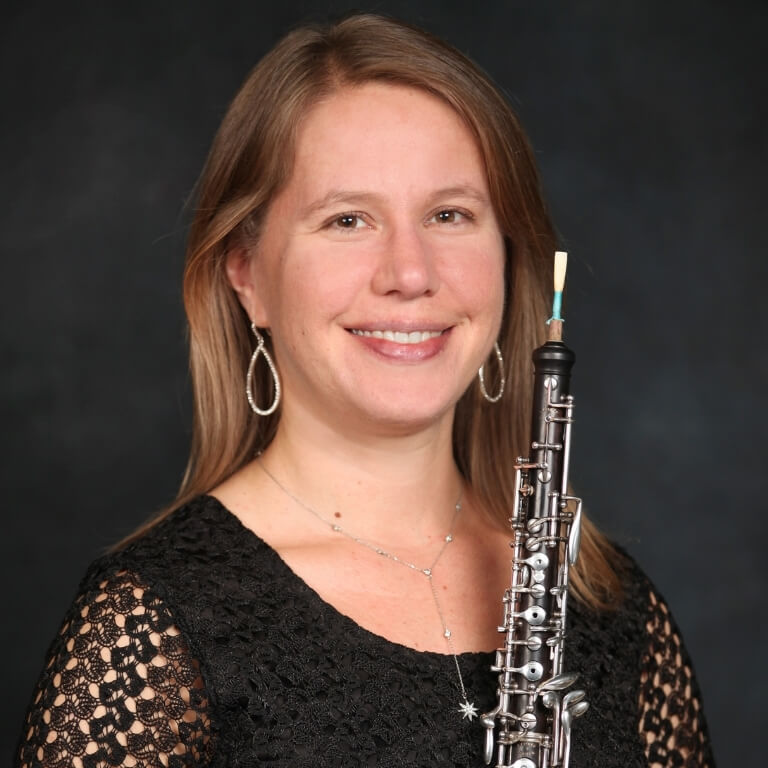 Jamie Strefeler joined the Orlando Philharmonic Orchestra as principal oboe in the fall of 2008. Prior to moving to Orlando, she was principal oboe of the Great Falls Symphony and a member of the Chinook Winds Quintet in Great Falls, Montana. She has also held principal oboe positions with the American Youth Orchestra, the Debut Orchestra, and the Helena Symphony as well as the second oboe and English horn position with the Tri-Cities Opera Company.

Jamie also freelances with The Florida Orchestra, Brevard Symphony Orchestra, Florida Southwest Symphony, and the Bach Festival of Central Florida. In the summer of 2011, she was invited to perform at the International Double Reed Society Conference in Tempe, Arizona. Jamie has been a featured soloist with the Orlando Philharmonic, Great Falls Symphony, and the American Youth Orchestra.

A native of Quakertown Pennsylvania, Jamie received her Bachelor of Music degree in Oboe Performance and Music Education from Ithaca College and her Master of Music degree in Oboe Performance from the University of Southern California. Her principal teachers include Allan Vogel, Paige Morgan, Richard Killmer, and Louis Rosenblatt. Jamie is currently the adjunct instructor of oboe at the University of Central Florida and maintains a private oboe studio of 15 students.