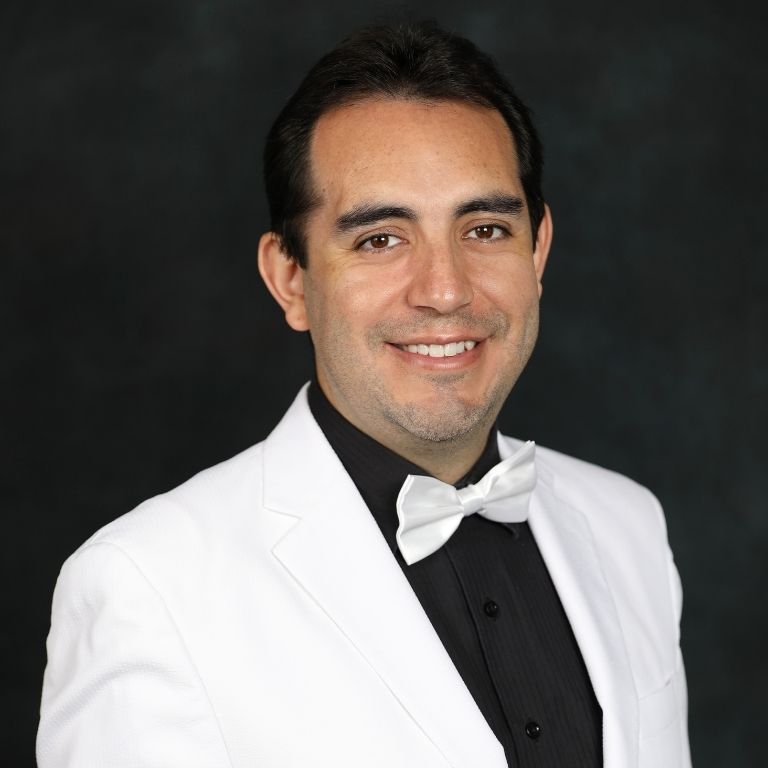 Music has always been an important part of my life. It follows me everywhere I go. What I love about music is that is universal, and it speaks to everyone no matter your nationality or personal beliefs.

Currently, Dr. Céspedes serves as principal violist of the Orlando Philharmonic. In the past, he served as principal violist for the Lansing, Miami, New World School of the Arts, Brevard and Bolivian National Symphony Orchestras, as well as the Ash Lawn Opera Company. One of his most memorable performances was with members of the New York Philharmonic at the Millenium Concert at Lincoln Center in New York. In 2011 Dr. Céspedes won an international competition to participate in the YouTube Symphony Orchestra with Michael Tilson Thomas to perform at the Sydney Opera House in Australia. He has collaborated with composers such as Mason Bates, Stella Sung, Ellen Taft Zwilich (Naxos Recording), and John Williams.

Dr. Céspedes holds degrees from New World School of the Arts, Michigan State University, and Florida State University where he obtained his Doctorate degree. Besides music, Mauricio holds a degree in Environmental Engineering with an emphasis in Management of Protected Areas in Bolivia.