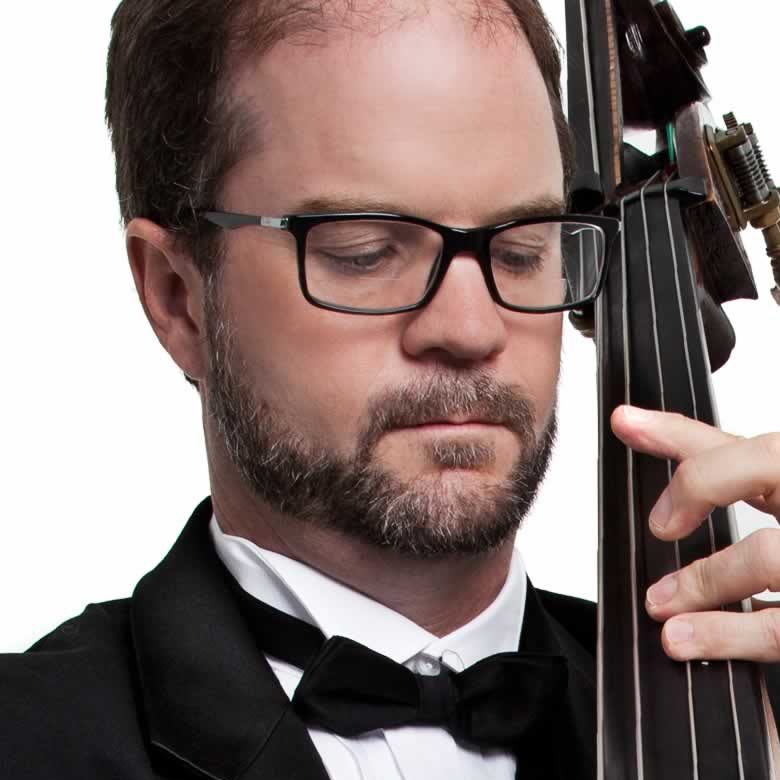 Born in Rapid City, SD, Michael is one of the most sought after orchestral bass players and teachers in the Southeast. As a performer, he currently holds the position of Principal Bass of the Orlando Philharmonic as well as performing with the Naples Philharmonic and the Charleston Symphony, SC. Michael teaches at the University of Central Florida, Rollins College, Stetson University, and Florida Southern College. He is sponsored by Solano Basses and endorsed by D’Addario Strings.

Michael received his college degree from the Curtis Institute of Music in Philadelphia on full scholarship, in 1992. Two days before graduation, Michael won his first international audition to join the Orquesta Sinfonica de Castilla y Leon in Valladolid, Spain. In 1994, Michael won his second international audition for a position as Acting and Co-Principal Bass of the Orquesta Sinfonica de Galicia in 1994 before joining the Orlando Philharmonic as Principal Bass in 1996.

Michael has performed in New York’s Carnegie Hall, Philadelphia, Washington, D.C., as well as France, Germany, Austria, Spain, and Italy. He has also recorded with soloists such as Placido Domingo, Felix Ayo, and Maria Bayo. In 1999 he won a position as Assistant Principal Bass of the Eastern Music Festival in Greensboro, NC, which he held until 2002. Additionally, Michael has had two full bass concertos written for him by award-winning composers.

In 2004, Michael and his wife, Dawn Marie, established the Orlando Chamber Soloists. The newly formed chamber ensemble has received awards from United Arts of Central Florida, Chamber Music America of New York, and numerous grants from regional foundations. The ensemble has performed throughout Orlando, Iowa, and South Dakota. They were also the opening concert for the Piccolo Spoleto Festival, 2013. The ensemble currently enjoys its summer residence at the Chamber Music Festival in the Black Hills of South Dakota. They serve four counties of the Black Hills including the Pine Ridge Indian Reservation. Their mission is to break down cultural and economic barriers through music.