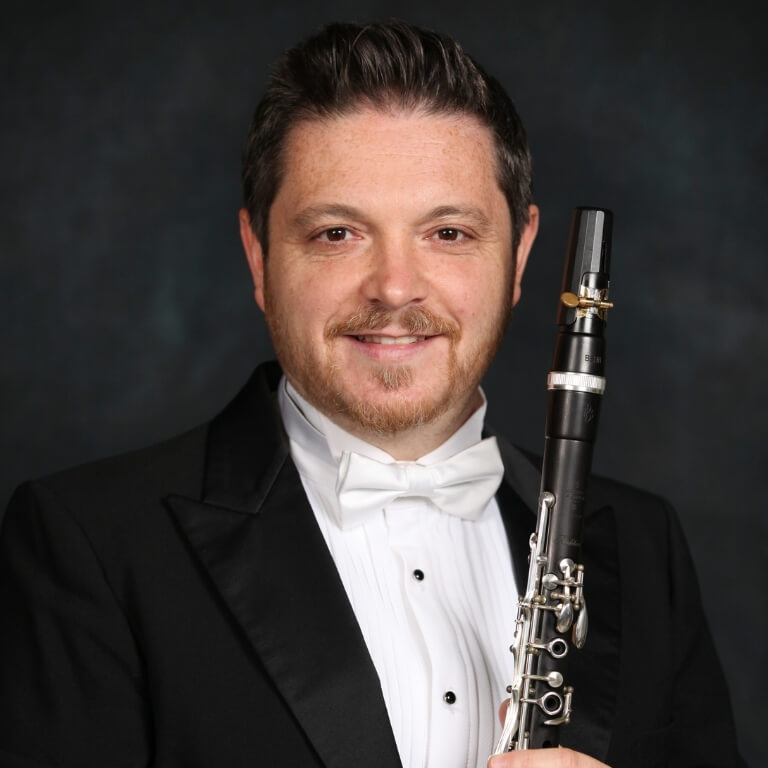 Member since: 2006
Hometown: Pazardzik, Bulgaria
Music that speaks to me: The music of Mozart, and jazz.

Music to me is like a different dimension. Once inside, I can forget everything that is on the outside.

Nikolay Blagov joined the Orlando Philharmonic as acting second clarinet in the fall of 2006 and became the orchestra’s Principal Clarinet during the 2008–2009 Season. Since 2012, he has also served as Principal Clarinet of the Ash Lawn Opera Festival in Virginia.

Nikolay was born in Bulgaria and began his musical studies at the age of six. By 1994, Nikolay had already won five national competitions and was awarded third prize at the International Clarinet Competition in Lisbon, Portugal. During his five years of study at the National Academy in Sofia, Bulgaria, Nikolay was invited to play principal clarinet with the Sofia Philharmonic Orchestra, Bulgaria’s most prestigious orchestra. Nikolay has also played and toured with the Plovdiv Philharmonic and the Plovdiv Chamber Orchestra. He won the principal clarinet position with the New Symphony Orchestra in 1995.

In 1999, Nikolay auditioned and received a full scholarship to continue his studies in clarinet orchestral performance at the Duquesne University School of Music, where he studied with Ron Samuels, second clarinet of the Pittsburgh Symphony. In 2001, he was accepted into the clarinet studio of Michael Rusinek, principal clarinet of the Pittsburgh Symphony at Carnegie Mellon University School of Music.

Nikolay participated in the National Repertory Orchestra in the summer of 2003, and later auditioned and was invited to participate in the Orchestra of the Nations as principal clarinet. He performed with them again in 2007. Nikolay was active in Pittsburgh’s local music community as a permanent substitute with The Pittsburgh Symphony Orchestra, The Opera Theatre of Pittsburgh, Wheeling Symphony, Westmorland Symphony, and McKeesport Symphony Orchestra. In 2005, Nikolay joined the Pittsburgh Live Chamber Orchestra as principal clarinet and remained in that capacity until relocating to Orlando.