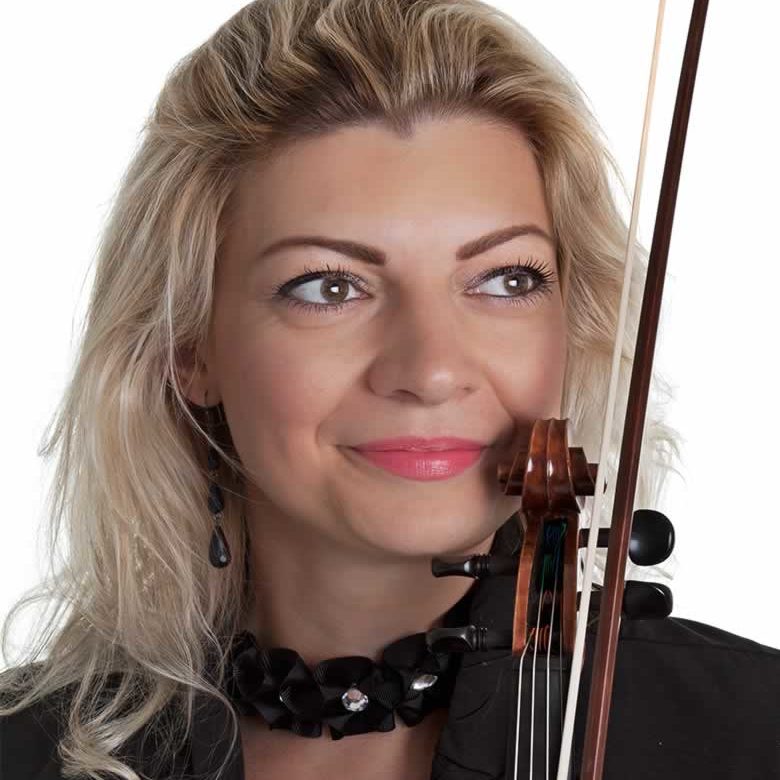 My favorite quote is, “My idea is that there is music in the air, music all around us, the world is full of it and you simply take as much as you require.”

A native of Moldova, Olga Ferroni started to study violin at the age of seven. She holds a Masters of Music Degree in violin performance from the G. Muzicescu Conservatory in Kishinev, Moldova. After graduation, she played for the National Chamber Orchestra of Moldova and toured Europe for 8 years as a member of the European Symphony Orchestra. While continuing her classical education, she started to explore jazz, playing in different ensembles and big bands making their appearance at jazz festivals in Romania, France, and on TV shows.

In 2000, Olga won a green card lottery which allowed her to live and work in the USA. She joined the Orlando Philharmonic Orchestra in 2001. Since then, Olga has played for the West Coast Symphony, Naples Philharmonic Orchestra, Brevard Symphony Orchestra, Bach Festival Orchestra, Downtown Disney and Walt Disney World Entertainment, Cirque du Soleil as a part of the Food and Wine Festival, and other private engagements, both jazz and classical. Olga Is a leader of a Tango group called Kalinka which performs regularly at Downtown Disney.