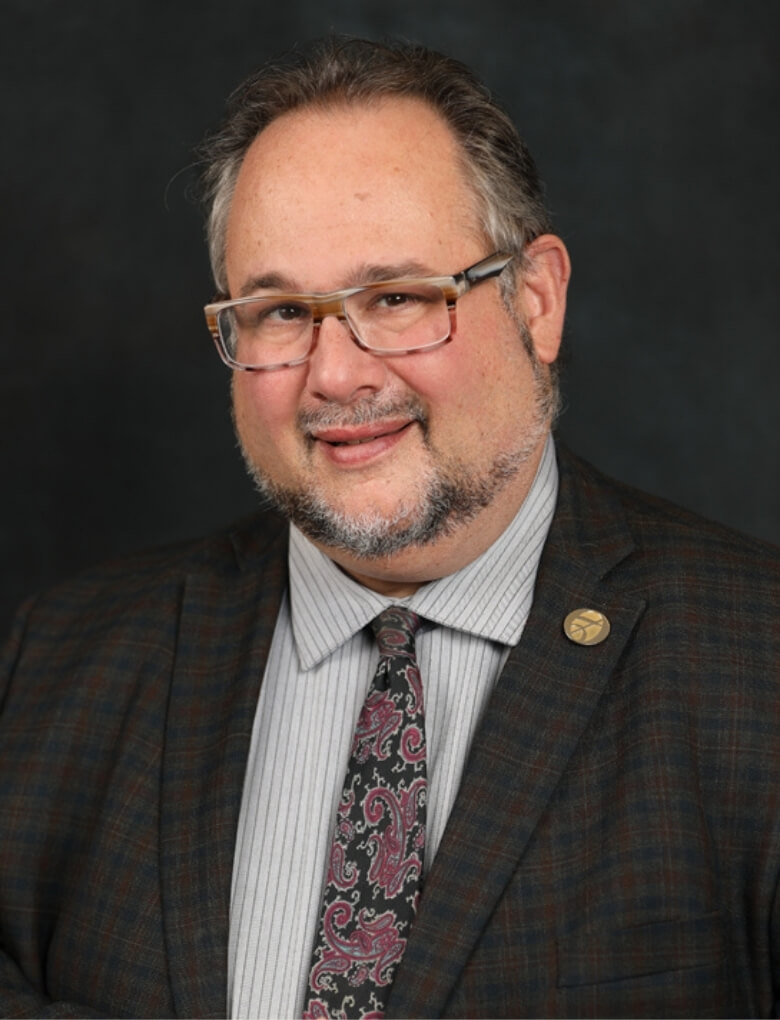 Paul Helfrich, Executive Director of the Orlando Philharmonic Orchestra, was born in Philadelphia and grew up in Upper Black Eddy, Pennsylvania. He began playing the tuba at age 12 and later studied that instrument at Indiana University – Bloomington with the late Harvey Phillips, Distinguished Professor of Music. After receiving his Bachelor of Music degree (with distinction) in 1984, Mr. Helfrich continued his studies at Indiana University, receiving a Master’s degree in Arts Administration in 1986.

Mr. Helfrich came to Orlando to serve as Executive Director of the Orlando Philharmonic Orchestra in February 2020. Prior to that time, he served for over seven years as the inaugural President & CEO of the Dayton Performing Arts Alliance, the nation’s first and only merger of a professional orchestra, ballet, and opera company.

Before coming to Dayton, Mr. Helfrich served 12 years as Executive Director of the West Virginia Symphony Orchestra in Charleston, West Virginia. The WVSO’s budget grew 94% overall during his time with the orchestra, with ticket sales, sponsorships, and annual fundraising all significantly increased. His previous positions include service as Executive Director of the Erie Philharmonic in Erie, Pennsylvania, Director of Marketing & Public Relations with the Kalamazoo Symphony Orchestra in Kalamazoo, Michigan, Coordinator of Publicity and Special Programs at the Indiana University School of Music in Bloomington, Indiana; and Assistant to the President at Westminster Choir College in Princeton, New Jersey.

In other professional activities, Mr. Helfrich has served as Chairman of Manager’s Meeting Group 3 for the League of American Orchestras and as a Grant Panelist for Cuyahoga Arts & Culture and the Pennsylvania Council on the Arts. He has been a member of the Board of Trustees of Discover Classical WDPR/WDPG, the Board of Trustees of Culture Works, and a member of the Dayton Rotary Club.

Mr. Helfrich’s interests include music (with a dual interest in classical and rock), building scale models, bicycling, reading, and sports. Mr. Helfrich currently resides in Maitland, Florida, and has two children; Gabby, a recent high school graduate, and Donald, a senior at The Ohio State University.