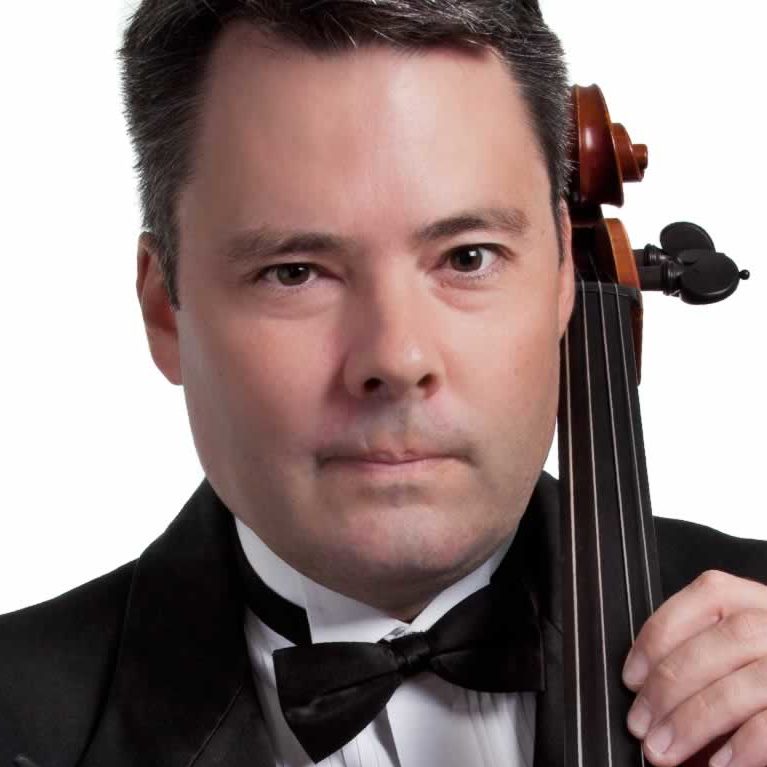 My favorite place to be is sitting in the cello section playing a great symphony. My daughter Noelle tells me ‘without music in your life, there would be a cello-shaped hole in your heart.’

Ronald Gardiner is a graduate of the Eastman School of Music, where he earned a Bachelor of Music degree and a Master of Music degree in cello performance, with additional study at the Hochschule fur Musik in Freiburg, Germany, and the Peabody Conservatory.

During his student years, Ronald was a prizewinner of the Midland-Odessa National Young Artist Competition held in Midland, Texas. While studying in Europe, he was invited to perform for Hungarian pianist Gyorgy Sebok in his International Masterclasses held in Ernen, Switzerland. He has also performed in Masterclasses for Mstislav Rostropovich, Steven Isserlis, Ronald Leonard, Paul Katz, Hans Jorgen-Jensen, and Reinhard Goebel.

An avid chamber musician, Ronald has studied with members of the Cleveland, Emerson, Juilliard, Guarneri, American, and Mendelssohn string quartets at various festivals such as the Aspen Music Festival, the Taos School of Music, the Winter Institute of String Quartets, and the Waterloo Festival of the Arts at Princeton University. He has worked with internationally renowned conductors such as Leonard Slatkin, Charles Dutoit, Sir Neville Marriner, James DePriest, Yuri Temirkanov, Michael Tilson Thomas, Gunther Herbig, Robert Shaw, and Yan Pascal Tortelier, among others. Ronald has recorded for the Vox Classics, BIS, and Albany record labels.

Ronald was a member of the United States Air Force Band in Washington D.C., the Malaysian Philharmonic Orchestra in Kuala Lumpur, Malaysia, and performed as a regular substitute cellist with the Pittsburgh Symphony Orchestra and the Rochester Philharmonic during his student years at Eastman. A former member of the Harrisburg Symphony Orchestra, he frequently served as their Acting Principal Cellist.

Ronald is currently an Associate Professor of Music at Southeastern University in Lakeland, FL. Former teaching positions include at the MasterWorks Festival as part of the Orchestral Studies Program, Houghton College, the David Hochstein Memorial Music School, as well as an adjunct faculty position at the Eastman School of Music during his Graduate studies.

Ronald performs on a modern cello that was handcrafted in 1997 by nationally renowned luthier, James McKean of New York City.