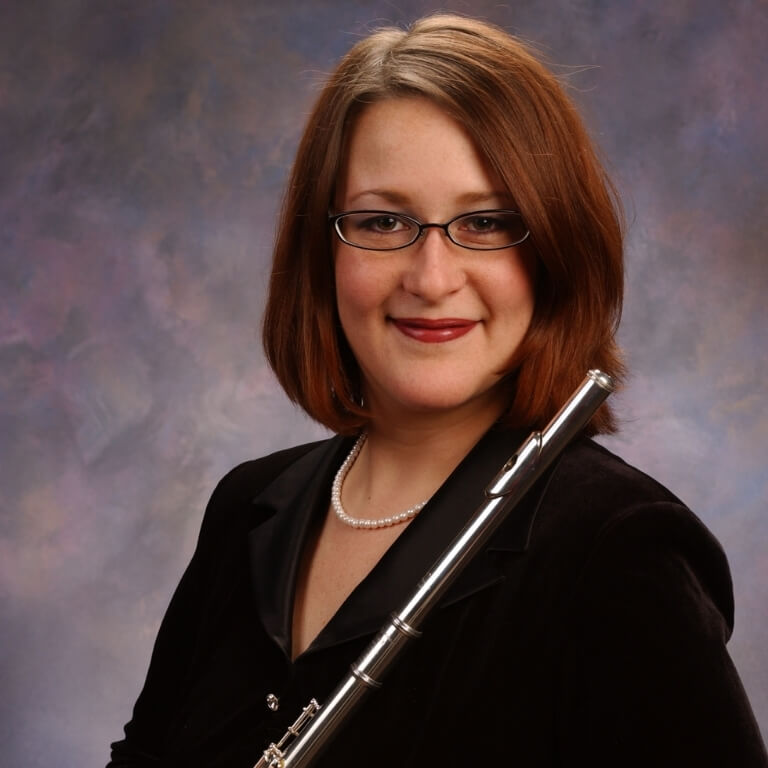 Dr. Phillips is a founding member of the baroque flute ensemble, Traverso Colore, comprised of past and present students from the Florida State University. An avid baroque flute player, Phillips was awarded 3rd Place in the 2009 National Flute Association Baroque Flute Artist Competition during the convention in New York City and was awarded a performer’s spot in the 2017 National Flute Association Baroque Flute Masterclass Competition, in which she performed for master teacher Jed Wentz during the convention in Minneapolis.

In addition to her full-time teaching position at Stetson, Dr. Phillips has served in various positions and on the board of the Florida Flute Association since 2003, serving as Program Chair, Vice-President, President, and currently Chair of the Board. She also maintains an active performing career, performing regularly with the Orlando Philharmonic Orchestra and other performing organizations throughout Florida.