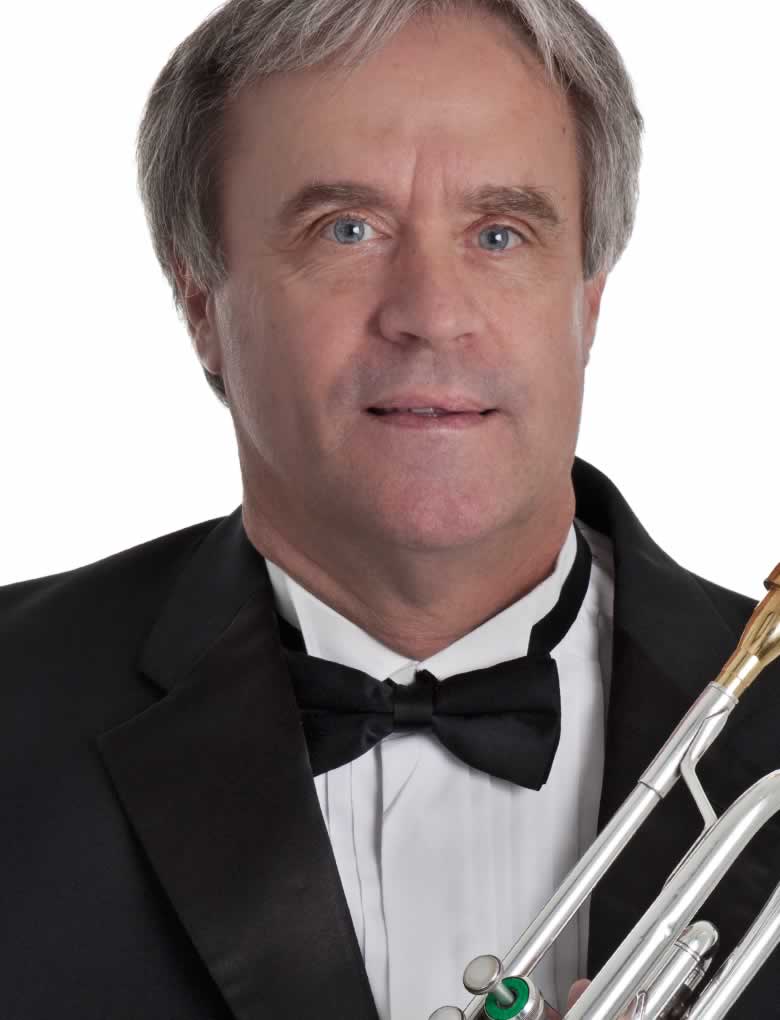 A native of Southern California, Tom Macklin began his trumpet education at the age of seven under the instruction of Jimmy Cannon, a former member of the Count Basie Orchestra. While attending the California State University of Long Beach, he continued his studies with Joan LaRue and Los Angeles Philharmonic’s Boyd Hood. Tom has also studied with world-renowned trumpet soloist and composer Anthony Plog, jazz recording artist Charlie Shoemake, and saxophonist Don Rafael.

Hired in 1982 by the Disney Company to perform at EPCOT Center, Tom worked there for seventeen years, performing in The Make-Believe Brass, Future World Brass, and the Magic Kingdom’s World Band. In addition to his duties as a musician, he also contributed greatly to those and other Disney groups as an arranger.

Tom joined the Orlando Philharmonic trumpet section in 1994. As a featured soloist, Mr. Macklin has performed the Brandenburg Concerto #2 and the Telemann Concerto in D. He has also served two terms on the Philharmonic’s Board of Directors.