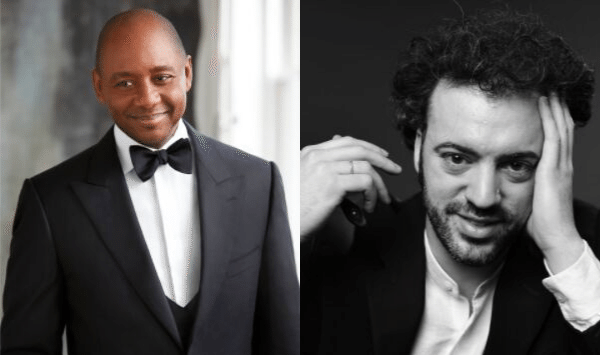 (Thursday, August 15, Orlando, FL) – The Orlando Philharmonic Orchestra kicks off its 2019-2020 Season with Opening Night with Branford and Boléro on Saturday, September 28 at 8 p.m. at Bob Carr Theater.

The concert, the first of five in the FAIRWINDS Classics Series, will be led by Music Director Eric Jacobsen who is thrilled to work alongside Branford Marsalis for the first time in a bold and powerful program, finishing with Maurice Ravel’s widely recognized Boléro.

“Branford Marsalis is the ideal 21st century musician. He magnificently occupies the world of various styles of music, while seamlessly showing technicolor virtuosity in his musical story telling. Marsalis is, and will always be recognized as, one of the greatest artists of our time. Orlando is so lucky to have him opening the Orlando Philharmonic 2019-2020 Season and this is truly a concert not to be missed​,”​ said Jacobsen.

MAHLER – “Urlicht” from Symphony No. 2 (“Resurrection”)

Growing up in the rich environment of New Orleans as the oldest son of pianist and educator Ellis Marsalis, Branford was drawn to music along with siblings Wynton, Delfeayo and Jason. Branford Marsalis has stayed the course. From his early acclaim as a saxophonist bringing new energy and new audiences to the jazz art, he has refined and expanded his talents and his horizons as a musician, composer, bandleader, and educator – a 21st mainstay of artistic excellence.

FAIRWINDS Credit Union is the Classics Series Sponsor. The Orlando Philharmonic Orchestra is supported by United Arts of Central Florida, host of OrlandoAtPlay.com and UAArtsEd.com. This project is funded in part by Orange County Government through the Arts & Cultural Affairs Program, and sponsored in part by the Department of State, Division of Cultural Affairs, the Florida Council on Arts and Culture and the State of Florida.

Subscriptions to the FAIRWINDS Classics Series are on sale now. Single tickets will go on sale August 26 starting at $27 and can be purchased online at orlandophil.org, by calling 407.770.0071, or in person at the Box Office, located at The Plaza Live (425 N. Bumby Avenue, Orlando). The Box Office is open Monday through Friday, 10 a.m. to 4 p.m. (Ticket prices subject to change.)