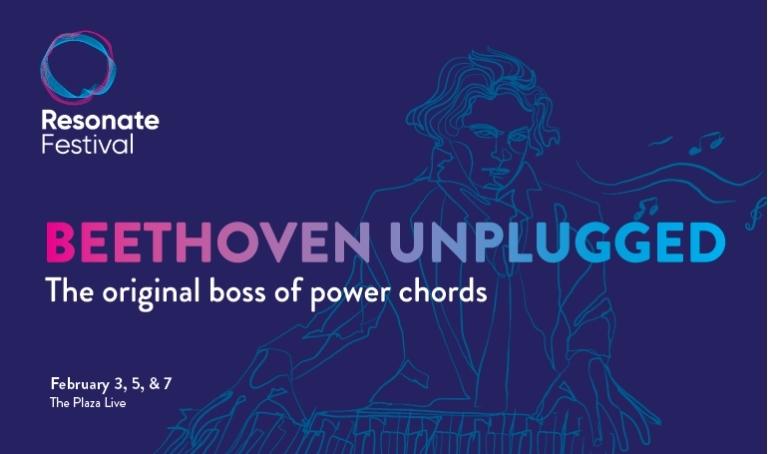 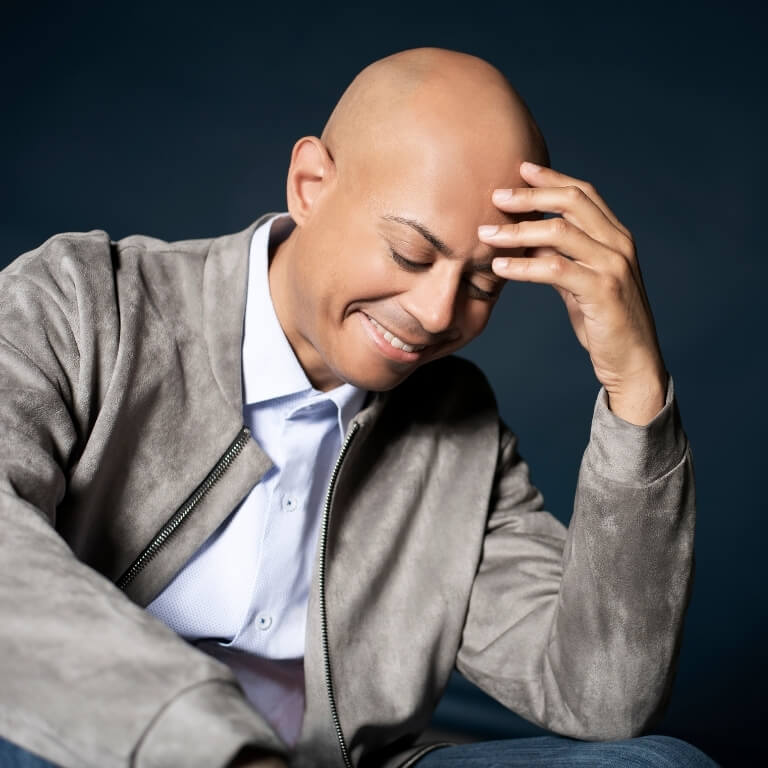 Goodyear will solo all five incredible Beethoven piano concertos in just three concerts, a rare occurrence. From the three crashing chords with which the pianist announces himself in the Third Concerto to the intimate “conversation” between soloist and orchestra in the Fourth, to the regal ”Emperor” Concerto—a crowning achievement. And if that weren’t enough, Goodyear will up the stakes by improvising the cadenzas on the spot in the first four concertos. Stewart enthuses: “Performing these concertos gets me into the public side of Beethoven—great theatre, great drama, great virtuosity, and, most importantly, great merriment. These pieces show him as an entertainer, actor, storyteller, and playwright. To me, these concertos are pursuits of unbridled joy.”

These pianistic feats (yes, feats!) require intelligence, amazing memory, focus, and just plain stamina. “Mentally and physically, I train like an Olympic athlete…lots of repetition and building muscle memory in my fingers, so that by the time I rehearse and perform, my focus will be on an organic collaboration between conductor, orchestra, and audience,” says Goodyear. After a short break, it’s beguiling chamber music, including the “Ghost” piano trio, sublime sonatas, the cheery Septet, and, in the solo spotlight, Goodyear plays the “Moonlight” Sonata, “Für Elise,” and more.

The first night features Concertmaster Rimma Bergeron-Langlois alongside pianist Stewart Goodyear. The orchestra concert program for the evening includes two pieces by Beethoven, his “Piano Concerto No. 2 in B-flat Major, Op. 19” and his “Piano Concerto No. 3 in C Minor, Op. 37.” The chamber music program for the evening also includes another two pieces by Beethoven; his “Sonata No. 12 in A-flat Major, Op. 26” and “Violin & Piano Sonata in C Minor, Op. 30, No. 2.”

The second night of the Resonate Festival continues with musicians from the Philharmonic, Stewart Goodyear, and Rimma Bergeron-Langlois, while conductor Eric Jacobsen will join alongside them. The orchestra concert program includes Beethoven’s “Piano Concerto No. 1 in C Major, Op. 15” and his “Piano Concerto No. 4 in G Major, Op. 58.” The chamber music program consists of Beethoven’s “Sonata No. 14 in C-sharp Minor, Op. 14, No. 2, “Moonlight” and his “Piano Trio in D Major, Op. 70, No. 1, “Ghost.”

The third night of the Resonate Festival will be unforgettable with the addition of many more Philharmonic musicians including Mauricio Céspedes Rivero on viola, Ronald Gardiner on cello, Michael Hill on bass, Nikolay Blagov on clarinet, Diane Bishop on bassoon, Vincent Kiray on horn, and soprano Kathryn Mueller. The orchestra concert program for the third night includes Beethoven’s “Leonore Overture No. 3,” the world premiere of Reena Esmail’s “The History of Red,” which was commissioned by the Orlando Philharmonic Orchestra, and Beethoven’s “Piano Concerto No. 5 in E-flat Major, Op. 73, “Emperor.” The chamber music program will include “Septet” and “Für Elise”; Andante favori; Rondo a capriccio.

Click here to learn more about the Resonate Festival, and to purchase your tickets today! Patrons can “build their own festival experience”, opting to purchase a six-performance all-access pass, or can pick and choose performances based on their personal preferences.